Michael was always a very sweet and handsome little boy. He always smiled and really had very few wants. He loved watching videos and was very content to play with the things he loved. He didn’t really have much language, but since he was the third child and a boy, we figured he was on his own time line. As he started to get older, around two years of age, he still wasn’t responding to his name, and he was just muttering some “ma, ma, da da” syllables. At his first and second birthdays, he didn’t respond when asked to come and sing “Happy Birthday.” He was also preoccupied with lining up train tracks and staring at the wheels of his little school bus and car figures. We would call out his name and got no response. I would ask who wanted to go for ice cream, and my girls would be screaming with excitement, and Michael just looked at me clueless as if he were a child that was just brought over from Russia. Soon it became apparent that there was something very wrong! My friends thought he might be deaf, but I wasn’t really sure what was going on. I knew he heard me, since I sang to him all the time and he gave me the sweetest smiles a mom could ever ask for. He only responded to me and barely knew his grandparents and other family members and friends that loved him and wanted so much to be a part of this beautiful boy’s life.

So, time to take him to the neurologist in NYC. I think this was the worst day of my life! I was told that Michael had PDD and that this was something that would be extremely difficult to deal with. I was told to start speech therapy immediately and to do my best. The scary thing is that I didn’t even know what this PDD was. All I knew was Dustin Hoffman in Rain Man. I was quite unfamiliar with the word “autism,” and I really didn’t know how I was going to be able to deal with this. Michael was two and three months at the time. Well, after I almost had a nervous breakdown my incredible husband told me it was time to stop feeling sorry for myself and time to take care of myself, my three kids, and our family. I seriously jumped into action and started speech therapy and early intervention and worked like a dog to try and keep Michael engaged and to teach him how to become a person. Michael made some nice improvements from the time of diagnosis to the age of 4 1/2, but not enough for me. He was still only using three–four word sentences, and he was still very much involved in his own world unless I pulled him out. We also used ABA as well as speech therapy, and I had him involved in a mainstream nursery school as well. But again, Michael wasn’t making the gains that I knew he could, so it was time for a change!

I got Dr. Goldberg’s name from a teacher who spoke very highly of him and told me that when I was ready for drastic changes in Michael’s life, it was the time for Dr. G. She told me he would need major blood work and would have to go on a special diet and begin taking medicine on a daily basis. Truthfully, I was so scared but I was desperate! I needed Michael to get better, and I just knew he was too young to just be given up on. Thus began our journey with Dr. Goldberg. Michael began with Dr. Goldberg at the age of five, and he is now seventeen. It’s so interesting how things start becoming so obvious when looking back. The first thing I realized is that Michael only ate and craved dairy before Dr. G. He would eat three or four yogurts at a time, and it seemed that with each yogurt he became more like a “drunken bum.” All these foods put Michael into a bigger fog than he started in—it is amazing that I didn’t realize this until years after seeing how different Michael became after being taken off dairy. I know this to be true since Michael was caught a few times eating yogurt and you could tell almost immediately that something was consumed that shouldn’t have been. This really was incredible. Who would ever have thought that dairy could be such a bad thing for a young child? Well, I learned a lot from Dr. Goldberg, and I changed everything in Michael’s life. No more dairy and foods that were not considered “safe” for Michael, no more allowing Michael to be anything but his best, no more letting people think Michael was “disabled” but teaching them that Michael had a serious illness, and we were working really hard to help him to recover. Everyone in my family along with my closest friends jumped on board to help me with anything I asked them to do. I just did what Dr. G. told me to do and lived through the ups and downs of trying to move Michael forward. The early years were not easy, and there were a lot of tears but there was a lot of joy too! Dr. G. told me I needed to be patient, work hard, and look at Michael’s condition as a medical illness and together we would find a way to help Michael get healthy. Well, Michael worked very hard as did we all, and little by little he started making nice improvements—slowly but surely! He started talking better, began trying new foods, and joined our world at times. Each day was a challenge, but we went from so many days of sadness and frustration to small incremental steps of happiness. Some times Michael took three steps back, but then he leaped four steps forward. I really began understanding the importance of keeping to the diet and taking the medicine as directed. I really witnessed what happened if Michael cheated on the diet or I forgot to give him his meds. What a powerful pull these two combinations had on Michael’s body and brain. WE were also doing intensive therapy and really teaching Michael the rules of life, whether he wanted to learn them or not. Dr. Goldberg was a wonderful, caring doctor and friend throughout this process, and I am extremely thankful that he came into Michael’s life (as well as mine!). Michael also had two brain spect scans at the request of Dr. Goldberg so he could really see what was going on in Michael’s brain and figure out what medical changes might be necessary to help Michael move forward. All I can say is that I feel that Michael would not be where he is had he not been a patient of Dr. Goldberg’s. Michael has made such incredible strides over the years. He went from being a nonverbal child, living in his own world with no clue about anything in life, to a young man who is so capable of so many things. Michael is still a sweet and caring young man who is an active part of our world. Dr. Goldberg gave me hope at a time where top neurologists at Columbia Presbyterian in NY were telling me to do my best but the prognosis wasn’t great. The day I met Dr. Goldberg was the last day I ever contacted a neurologist ever again! Michael is now a handsome, sweet young man who has an opinion; who gets to school on his own; navigates through his classes; enjoys being with friends; loves tennis, biking, and basketball; and adores his family. He is loved by all, and he just has a passion for life. He is such a gift, and I find it so incredibly scary to think that there are so many other kids out there with potential who weren’t lucky enough to have a doctor like Dr. Goldberg who believes that what has been commonly diagnosed as autism today is a medical condition that can be changed. I love this child and I get goose bumps on a daily basis thinking about all the things Michael has been able to overcome as he has gotten healthier. When I get upset with Michael for something and he says he’s sorry, I ask him why he thinks I am upset, and he always says, “I know, Mom, ’cause you want me to be the best kid I can be. I know what I have to do and I will try harder tomorrow.” Then a big kiss and we are on to the next topic. I will never take talking for granted as long as I live. What a gift. I thank Dr. Goldberg for making Michael’s body and brain function better so he can enjoy all the things life has to offer. Looking forward to the next few years! Can’t wait to see all the wonderful things still ahead of Michael. 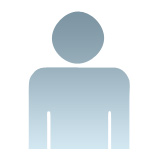